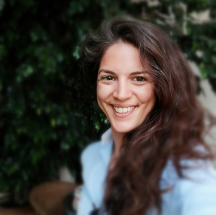 Ano Vathi of Samos becomes an online course and focuses on the natural, historical, cultural, and architectural values ​​of the settlement. The Pythagoreion, Heraion and Eupalinus’ tunnel of Samos, a few kilometres away from this historical settlement, are World Heritage sites inscribed on the relevant UNESCO list for their cultural value since 1992. The settlement of Ano Vathi, affected by abandonment and fragmentation in its overall appearance, introduces us to its historical background and its building wealth while making clear the need to raise awareness of the local community on issues of preservation and more systematic promotion of its architectural, religious and artistic heritage.

Students are expected to: