The valley of Drino is one of the historically wealthiest regions of Albania. The very fertile soil could explain its wealth. Alongside the valley, we find documented traces of settlements from the antique and the medieval ages. The harsh mountainous terrain is also suitable for keeping cattle. Since the valley was less protected than the mountain areas around, inhabitants of the valley were forced to find the best locations and fortify their settlements. 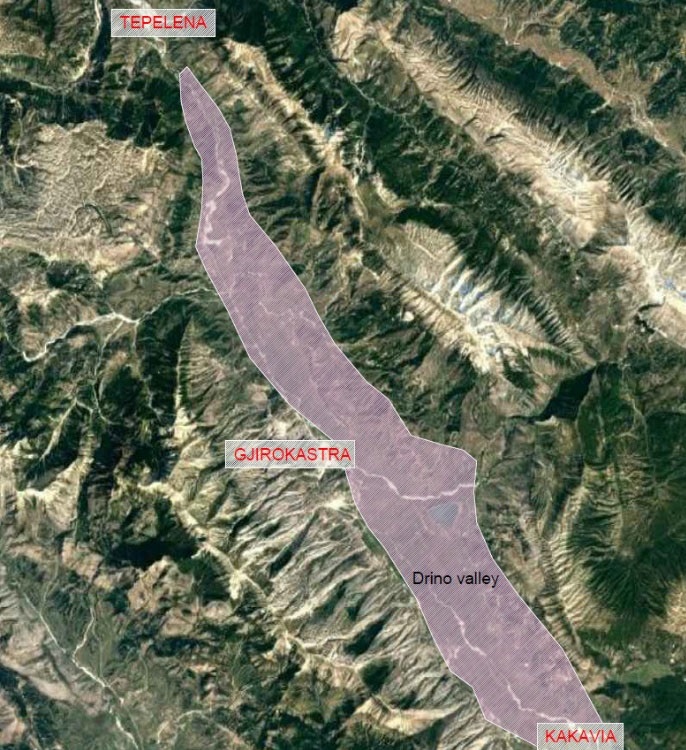 Map of the Drino valley and where Gjirokastra is located (pin).

The valley is much more approachable from its southern and northern side. On the south side, a natural road leads to Kakavia and the valley of Kalama. It is connecting the Valley of Drino to the basin of Ioannina, to which all roads in Greece are connected. From its northern side, the river Vjosa links the valley to the Adriatic Sea and central Albania. Two major historical roads start from Vlora and Butrint and connect the valley with inland Albania and Greece.

With the adjustment to geographical conditions, the inhabitants built the settlements to create a chain defence. While planning and building, they considered the strategic importance that this chain defence could have. A couple of determining factors include:

Geographical position and history of the area

Given this unique geographical position and fertile lands, the valley has been resident for centuries and holds vibrant archaeological and historical remains.

In 1336 (Byzantine period), Gjirokastra is first mentioned in writings by John VI Kantakouzenos. He refers to both the city, and the castle as ‘Argyrokastron’ and the upraise of the Arber tribe.

However, as supported in the last archaeological excavations, which took place in 1983-84 to build the National Festival stage, evidence discovered earlier developments of Gjirokastra. Data discovered included:

Have you imagined how this data might look according to the historical period they assign to? Guess the word or words that are missing in every image in the activity below. Think carefully first, and then consider the list above for your answer:

Try to picture how the people of that ages were using those ancient pieces and discuss with your classmates or friends the context of their use. Furthermore, you can create drawings or paintings (or mini acting performances!) to visualize the context of use better, as presented in the image below: 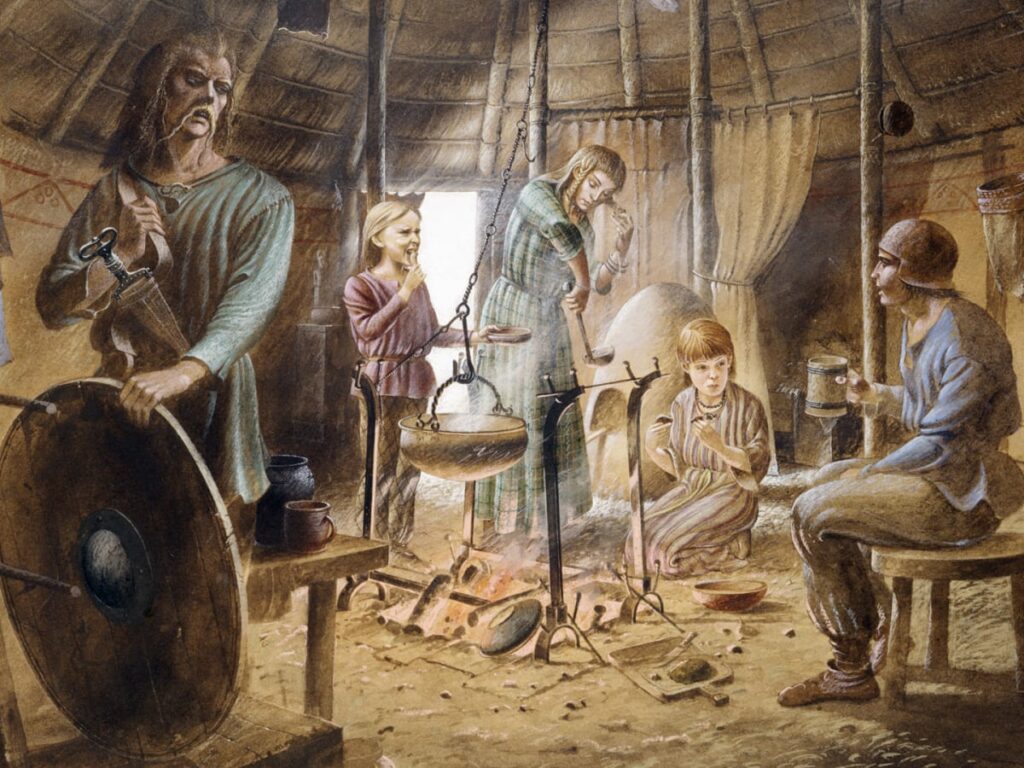 All these findings point out that the Castle of Gjirokastra, or the hillside on which it is built, have been inhabited from the iron age (1100 BC – 150 AD), the Illyrian period, the first half of the first millennia AD, early medieval and late medieval period.

The first phases of development are defined as an inhabited centre semi fortified, which got its outlook and grew to almost the size we know today during the Byzantine period, 9th to 10th century AD.